Anthony DiGiacomo,Mark Hawkins,Sarah Longfield: Encircle - Pre-order of Into the Dreamstate 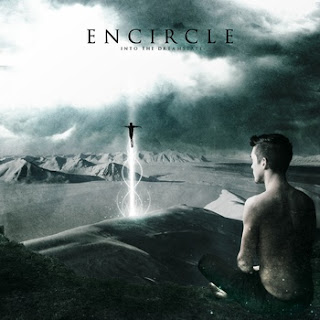 Digital Album
Pre-order of Into the Dreamstate including immediate download of 1 track in your choice of MP3 320, FLAC, or other formats. A link to the complete album will be emailed to you the moment it’s released.
Pre-order Now $5 USD or more
releases 11 January 2013

1. Instances
2. When The Colors Bleed Away
3. Into The Dreamstate 04:24 info
4. You Were The Tempest
5. As The Horror Unfolds
6. An Awful Image Of Calm Power
7. Confessor
8. An Ending Without A Story
9. Retribution
10. The Serpent And The Static Between Thoughts
11. The Curse of Consciousness
12. If The Day Should Come

about
This album has been a huge undertaking for me. The amount of time and money I put into this is something beyond what I would have ever thought I'd do for a solo album. But it all paid off in the end. I am extremely pleased to give you all "Into the Dreamstate" in its full form!

I have to thank Chris Vogagis of Wide Eyes first and foremost for writing the closing tracks with me, both of which I feel are the strongest material on the album.

I'd also like to thank my girlfriend Keila and my parents for being the most supportive and understanding people through all of this, all the noise I've made recording/mixing this album, and I'd like to thank Sarah Longfield, Dan Wieten, Plini, and Mark Hawkins for their guest spots. Mark stepped it up and got me a guest solo within a day and it blew my mind! Also would like to thank Chris Purvis, who came to the plate and delivered me a finished product that was far beyond what I could have done on my own! And thanks to Alex Pryle for capturing the album's title as perfectly as I think anyone could.

And of course, I'd like to thank all of my fans for waiting this out. I know I promised it in 2012, but I think you'll be happier with the final product after the long wait!
credits
releases 11 January 2013
Guest Appearances in order:
Track 3 - Sarah Longfield of The Fine Constant
Track 8 - Plini of Halcyon
Track 9 - Dan Wieten of The Omega Experiment
Track 11 - Chris Vogagis of Wide eyes and Mark Hawkins of Devolved/LVM Trio