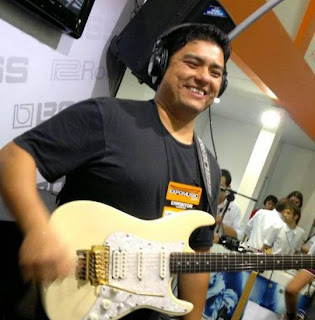 Biography
Guitar player since the 90's, Fernando Miyata graduated in one of the best music schools in Brazil.
He was elected as the best guitar video on YouTube with more than 14.000.000 views by Guitar World magazine in 2007. Fernando was also one of the finalists in the international Guitar Idol contest in 2008, in UK, wich performance was chosen as number one by the audience in London Guitar Show.
He was appointed as the newest and best name in the IG&T Guitar Player Festival 2008, and was also the most searched one in Truth in Shredding website in the same year.
Miyata is a guitar teacher and the owner of a music school - ProRock- in São Paulo, Brazil.
ENDORSES:Boss Roland, Seizi Guitars, Firecustom Shop and Dean Markley Strings.