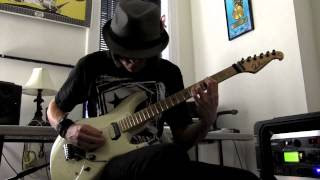 I've been looking for a manager since damn near the beginning of time. Sure, I've been down the aisle a few times before but didn't ever make it to the altar because there was always a catch that showed up just as the preacher took off his hood. Yeah, you got it........it was the Devil himself standing there wanting to marry me to a mannequin decked out in a burning paper mache dress. But hey.......every artist looking for an agent, manager and/or label experiences the same thing at one time or another until the real McCoy shows up. Oh yeah the real deal shows up eventually. In my case a killer manager showed up just out of the blue when I wasn't really looking or expecting much. In other words I'd become totally cynical and less trusting than a starving wolf of humans standing 10 miles from town in the dead of winter's icy chill. There is so much deception in the music business aimed at artists that when an honest face finally did show up holding a bag of integrity all I saw was the Devil carrying a burning mannequin.

I live in NYC and the manager I speak of is from Kent, Ohio. Before I was going to sign on the dotted line I wanted to be more than certain that this time it was real. So I jumped into my beaten up Ford Explorer and headed towards Cleveland. Now as the crow flies it looked to be about 4-5 hours away. But taking into account the 90 minute ride it took to escape the city's grasp, the number of trucks on the road and the onslaught of hills I had to handle just to reach my destination, it took me at least 10 hours to get there. But hey...........I'm not really a driver.

We met the following day at a restaurant. He was all he said he was and more......even picking up the bill. In LA I met a number of these dudes and all stuck me with the bill even though they did the inviting. So him picking up the tab was cool. He took me to his recording studio, introduced me around, was as real as the real McCoy gets but still I was skeptical. My intuition said sign on the dotted line..........my mind was saying ask to see his passport because people from Hell don't have one. Anyway, I followed my intuition and signed with him for a year. And I'm really glad I did because the idea we came up with for my next video which is this video is really working out. Its all about guitar and always will be.

Jay-Z feat: Rick Ross "F*ck With Me You Know I Got It" AMAZING Guitar Solo!