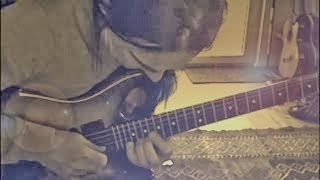 Conrad Schrenk performing the solopart of the song "Impulse Interno" by Juan Garcia Herreros / The Snow Owl from the album NORMAS.

about
Each and every established Jazz artist must at one point of his career record a "Standards" Album. It is an homage to the tradition and a proof of his improvisational accomplishments. For my next CD entitled "Normas" ( Standards in spanish ) I have accepted this challenge. I have taken the titles of famous Jazz Standard compositions , and Translated them into my interpretation of what the Standards of today in Jazz should be. For example a simple John Coltrane Blues entitled Mr.P.C. is now a complex and multi-rhythmical song in a 5/4 meter Clave with the title Señor C.P. !

The ensemble requires the hottest and biggest names in Latin Jazz today mixed up with the tradition of this amazing art form. We have Grammy winning and nominated musicians performing ORIGINAL compositions. Each title is a song, a story and a journey. Improvising over a standard is old fashioned, but setting a new model for which the tradition can grow on is a whole other monster. This CD production will not just be a Bass soloist showing off some chops on his instrument. It is the documented sounds of a musician's pilgrimage through our planet , interpreting it's mysteries with sound.

All songs composed by Juan García-Herreros