Petr Šusta: Died suddenly and will be greatly missed - Rest In Peace. 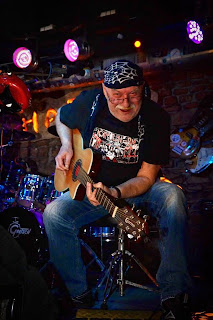 My deepest sympathy and respect to the the family and friends of  Petr Šusta.  Karolina Sustova has lost a dear friend and mentor.


"On February 3, 2015, one of the most important people in my life died. He was more like a father than an uncle to me and without him I wouldn´t be where I am. He inspired me not only as a musician but mainly as a person. PETR, THANK YOU FOR EVERYTHING AND I WILL NEVER FORGET YOU. YOU WILL STAY IN MY HEART FOREVER!"

To Heaven - Petr Susta in Rock