Matt Stevens,Steve Cleaton: Magnet the new EP by The Fierce And The Dead 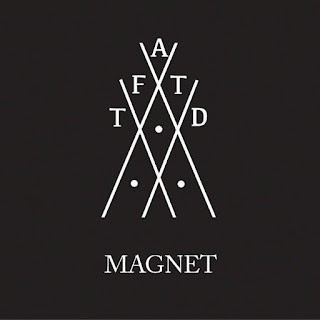 THE FIERCE AND THE DEAD RELEASE “MAGNET EP” https://tfatd.bandcamp.com/

Cult North London instrumentalists The Fierce And The Dead release their first new material in two years this August via Bad Elephant Music. The critically acclaimed band’s new EP, titled “Magnet” features 6 songs including 3 new tracks, a re-recording of the song Flint from the band’s first album and 2 songs recorded live in rehearsal (one of these is a bonus on the CD). The EP is released on the 14th of August, the week before TFATD play the Arctangent festival alongside acts including Dillinger Escape Plan, 65daysofstatic and Deerhoof.

“I think this EP represents a different sound for us, it’s important to keep moving forward. It more joyous and intense with bigger riffs and more of an electronic feel.” says Dead guitarist Matt Stevens. Bassist & Producer Kevin Feazey continues “We’re doing what we want to do. Full circle. Back to sounding like the bands we grew up with, from Nuclear Assault to Boards of Canada. Every record we've put out has had it's own character and story, with different sounds and a different reality for each”.

The band are currently in the process of recording their third studio album for release next year and are playing a few select live dates and festivals. Drummer Stuart Marshall describes the new material as "Fucking terrifying”.
1. Magnet In Your Face 01:41
2. Palm Trees
3. Flint
4. Part 6 (The Eighth Circuit)
5. Let's Start A Cult (rehearsal recording)

about  https://tfatd.bandcamp.com/
"All culture must have arisen from cult"
-- Alan Moore
credits
releases 14 August 2015

All songs written by Stevens/Feazey/Marshall/Cleaton

Thanks to everyone who has helped start the cult.
Matt Stevens Steve Cleaton