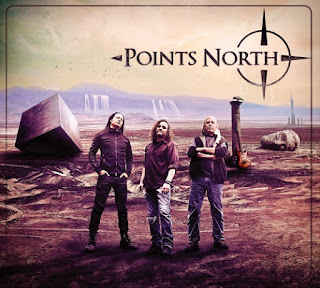 Bricks and Mortar get tickets:  http://brickandmortarmusic.com/event.cfm?id=218188&cart

Their new album has Points North introducing vocals for the first time (on Colorblind) but their primary musical focus remains the same. Points North is a leading light of modern instrumental guitar music, bringing attention to the genre through their technical prowess, superior musicality and compositional skills. 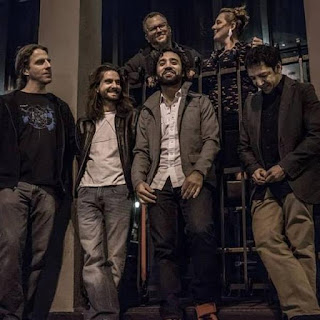 On paper the music shouldn’t work at all. The band flies in the face of logic, yet not a musical note seems out of place. Flaunting their musical fluency, MoeTar doesn’t avoid challenges: they appear to actively court and thrive on them. Indeed. Inherent contradictions are the subject of many of the band’s songs.

“So much of what I write about involves paradoxes,” says Ragab. “It seems the rules are set in contradiction to one another.”

Half the fun of listening to MoeTar is hearing how well all of these seemingly incompatible musical pieces fit together. Amid sonic references to Zappa, The Beatles, XTC, Gentle Giant, Stevie Wonder, Laurie Anderson and many others, MoeTar offers a fresh approach to rock, pop, electronica and experimental music. Simply put, From These Small Seeds is the culmination of a collision of styles that seems to defy the odds – and our ears. 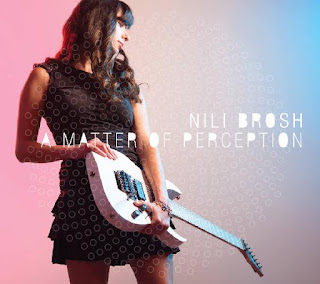 
Nili Brosh was born and raised in Rishon LeZion, Israel. She was always inspired by her older brother Ethan‘s passion for music and the guitar. She moved to Boston with her family at the age of 12, where she began studying electric guitar and eventually went on to study at Berklee College of Music.
At Berklee, Nili studied and performed with the school’s premier guitar teachers, such as Don Lappin, Jon Finn, Joe Stump, and Scott Tarulli. Along with classmates Masashi Ushijima (drums), Josh Kwolek (bass), and Sabi Saltiel (guitar), she formed the Nili Brosh Band, which frequently performed original material around the New England area. Nili graduated Summa Cum Laude in 2009 with a B.M in Professional Music, and she also became one of the youngest faculty members in the Berklee summer guitar programs, where she has been teaching since the age of 19.
Now 23 years old, Nili has performed with Stu Hamm (Steve Vai, Joe Satriani, Eric Johnson), Guthrie Govan (Asia), Andy Timmons (Danger Danger, Olivia Newton-John), The Iron Maidens (world’s only all-female tribute to Iron Maiden), The Aristocrats, and has opened for artists such as Terry Ilous (XYZ), Joey Molland (Badfinger), and Pat Travers.