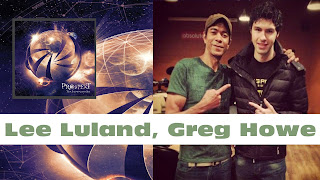 Laser’s Edge division Sensory Records recently announced the re-emergence of UK-based Prospekt, as the band completes their textured second album, The Illuminated Sky. Closing a four-year void since the release of their lauded The Colourless Sunrise debut, the follow-up will see release this July. BraveWords is premiering the new track “Alien Makers Of Discord”, which features a solo from guitarist Greg Howe, the shredding guitarist who has appeared on albums from James Murphy, Dream Theater’s Jordan Rudess, Jason Becker, and Michael Jackson. Listen now!

"'Alien Makers Of Discord' is a great example of what fans can expect from the new album. It's got all the technical stuff in there as well as some cool orchestration and classically inspired moments - an excellent showcase of what we are about as a band musically. It's an absolute also absolutely honour to have guitar legend Greg Howe perform a stunning guest solo on the track. He's been a massive influence on our guitarist Lee's playing for many years and to have him appear on the album is absolutely amazing. Think you'll agree that Greg's solo is sensational!"

Prospekt spent 2016 writing and recording The Illuminated Sky, during which they acquired two iconic guest artists to take part in the album. Guitar virtuoso Greg Howe of Michael Jackson fame provides an eclectic solo on the powerful “Alien Makers Of Discord” and vocalist Marc Hudson of DragonForce provides a stellar contrast to Morris’ voice on the epic “Where Masters Fall.” Combine with that the excellent production, thanks to the mixing skills of Øyvind Larsen at Lionheart Studios, and the massive mastering job by mastermind Jens Bogren, and artwork by Mattias Norén, and the result is an album that has progressed upon their first album and will no doubt open the floodgates to new fans.

From technical power metal, laden with soaring vocals and blistering guitar work, to epic orchestral driven prog, Prospekt has produced their best effort to date. The Illuminated Sky is an album that excites and takes the listener on a journey through the cosmos via the wonders of prog.

State the members of Prospekt, “It's been a long time in the making but we are super excited for everyone to listen to the new album. We feel it's our best work to date - more progressive, polished and at the same time heavier, with a stronger emphasis on the melody. New members Rox and Michael have given awesome performances alongside guest artists Greg Howe and Marc Hudson. Musically, each composition has its own unique identity. From the cinematic title track to the Japanese inspired 'Akaibara', all of the songs come together and form an album that flows and connects. We wanted to create an album that could be described as ‘a journey through music’ and hopefully the listeners will feel that, when they enter The Illuminated Sky." 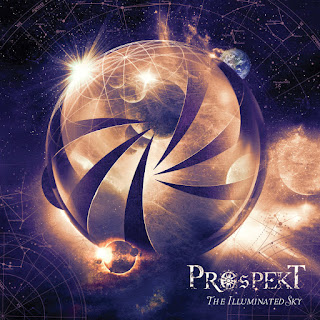