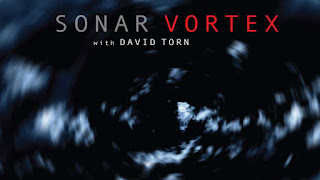 about
Sonar’s fourth release Vortex reflects the sound of surprise. After three uncompromising quartet albums exploring the edges of minimalist groove, the Swiss group has partnered with renowned guitarist, composer and producer David Torn for its RareNoise debut.

The band, comprised of guitarists Stephan Thelen and Bernhard Wagner, bassist Christian Kuntner and drummer Manuel Pasquinelli have long been celebrated for combining the visceral power and dynamics of art rock with a minimalist aesthetic. Their previous album, 2015’s Black Light, attracted significant media and musician attention. Legendary avant-guitarist Henry Kaiser took a particular interest in the group and was determined to pair them up with Torn for their next album.

“Henry wrote me and said ‘There’s this Swiss band Sonar that uses tritone tunings in a really interesting way. They’re pretty minimalist. I think you should produce it,’” said Torn. “I dug into Black Light and enjoyed the music right away. The band has a boldness within its sparseness. I started having ideas quickly. I felt some of the rock elements could be more rocking and that things could be rougher sounding. I wanted to add another layer to it. And off we went.”

But what began as a production relationship with the... more
credits
released May 29, 2018