STL Tones made probably the best guitar plugin I've heard in ages when they released their most recent Will Putney plugin. I really enjoy the Andy James and Howard Benson plugins too. Will Putney and I go way back together to maybe 2004 when he was just playing in bands local to us when I lived in NJ, and now he's the most in-demand metal producer in the United States (if not World). Very proud of his accomplishments. I really wanted to nail a Cult of Luna/Thrice kind of vibe with this one. I mostly used the neck and middle pickup in my Aristides 070, which are both Bare Knuckle Slow Hand single coils. 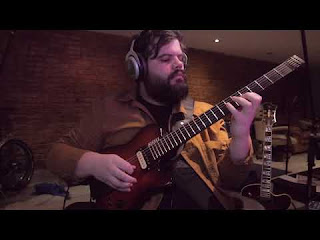